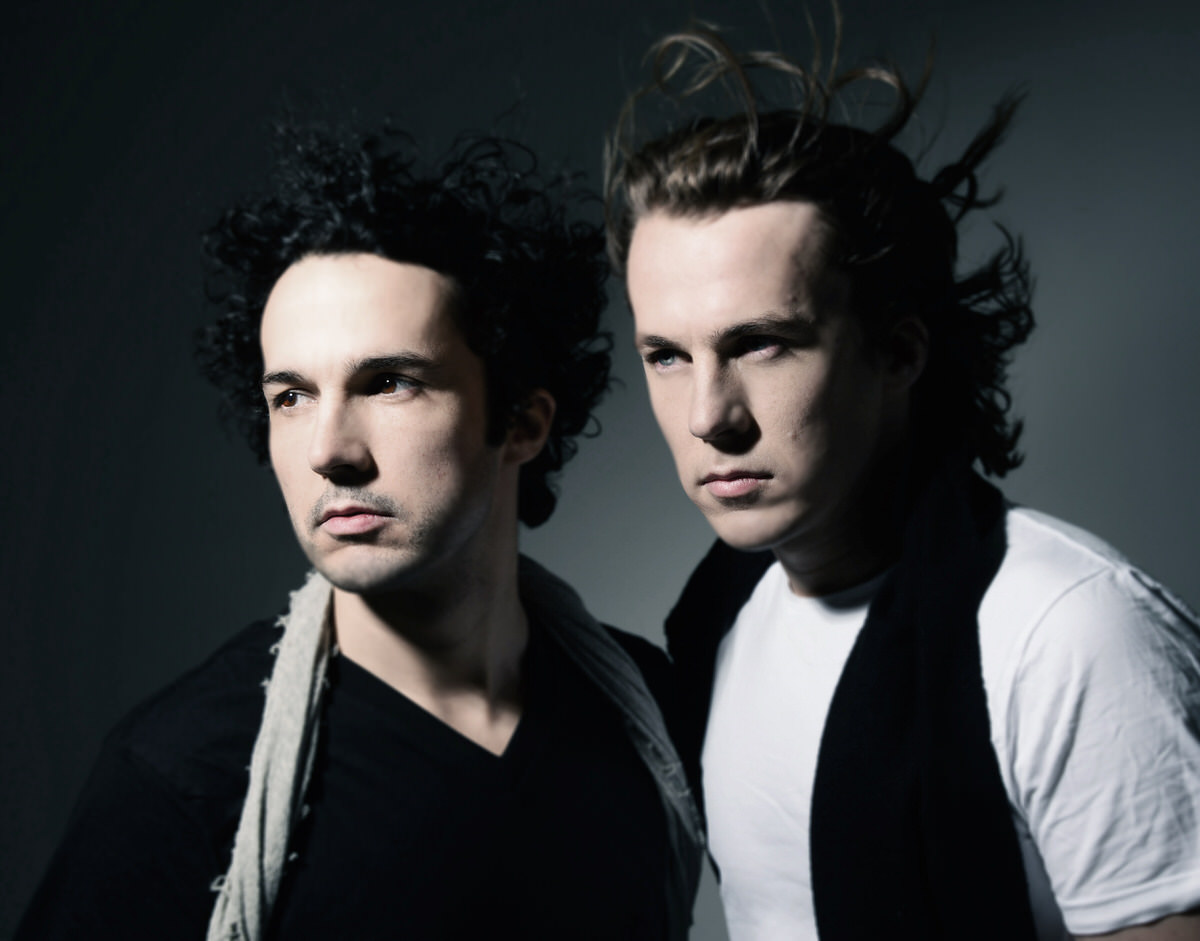 Despite their young age the brothers Vegard and Bård Ylvisåker, better known as Ylvis, have gained a unique position in the Norwegian entertainment industry. When the two young men began their career in 2000 with the show Ylvis ­– en kabaret ("Ylvis – A Cabaret"), critics and audience alike handed out superlatives. The same happened a few years later, when the brothers completed their second performance, Ylvis – en konsert ("Ylvis – A Concert"). Both performances were staged for several years in Bergen, Oslo and on tour throughout Norway. Ylvis is also known for their radio and TV appearances. Bård and Vegard Ylvisåker grew up in Bergen and Africa. The boys began their career at Fana gymnas, where they took part in the school choir and theatre. It was Peter Brandt who discovered Bård in one of his performances at Fana school theatre. Six months later, Ylvis made their professional debut. Their career begins on 19 October 2000 at Ole Bull Teater. The debutants are alone on stage and receive wild applause. The performance Ylvis ­– en kabaret draws 51 full-house performances in Bergen. Things are happening fast: the brothers tour with the debut performance and take part in Rune Larsen's Saturday night series Absolutt Norsk ("Absolutely Norwegian"). In 2001, Ylvis take to the stage in Grieghallen with Ylvis Goes Philharmonic, in which they are "backed" by Bergen Philharmonic Orchestra. This collaboration is repeated the following year at the concert Ylvis Goes Philharmonic – Episode 2. In autumn 2001 and 2003, Ylvis contribute comedy sketches to Bergen Varieté 2001 at Ole Bull Teater and Chat Noir Varieté at Chat Noir in Oslo. On 14 February 2002, Ylvis take to the stage at Chat Noir for the first time. They draw full houses until summer, and after a brief vacation they continue the success in Tønsberg at Klubben until the summer is over. This year Ylvis record their contributions to comedian Trond Viggo Torgersen's entertainment show TVT. Ylvis is a regular fixture on the show. Bård and Vegard are back on stage at Ole Bull Teater on 21 May 2003, with the performance Ylvis – en konsert. The last time around they were unknown and alone on stage – this time they are backed by a 14-piece orchestra. The performance receives rave reviews and the season has to be extended until late July. In spring 2006 Ylvis enters into an agreement with Stageway on representation and production of stage performances. 25 January 2007 sees the premiere of their new show, YLVIS III. The performance is very well received and is staged for almost three years. The boys continue to play YLVIS III in 2008, and in 2009 they embark on a final tour with the show. But Bård and Vegard are not only known for their stage performances, they have also had great success on TV and radio. In summer 2006 they had a summer job as hosts of the radio programme O-fag, named after a subject previously taught in Norwegian primary schools. This was so successful that they were encouraged to try again two years later, in summer 2008. In 2007 the brothers premiered their own TV show, Norges herligste ("Norway's Most Wonderful"). In it they travelled all over Norway in search of Norway's most wonderful person. The programme was highly successful, and ended with a grand finale at Edderkoppen Teater in Oslo where Bård and Vegard revealed the winner. The viewers decided the outcome by voting for their favourite candidate. The winner of Norges herligste was a man known as Skjærgårdstrubaduren ("The Coastal Troubadour"). The show is available on DVD and is still available for purchase. All episodes are also available on TVNorge's website. Ylvis møter veggen ("Ylvis vs. The Wall") premiered in 2008. In this TV show, the brothers led two teams that would compete to get through one or more holes in a wall. If they failed, they would fall into a pool of freezing water. The programme lasted 10 episodes, and a winner was selected at the end of each show. In the final episode, Vegard and the blue team were chosen as winners of the entire series. A new TV show, Hvem kan slå Ylvis? ("Who Can Beat Ylvis?") premiered in 2009. In the programme, ordinary people would compete against the brothers for a prize of up to 1 million Norwegian Kroner (NOK). The programme had four contestants, and two of them won 500 000 NOK. The TV show Nordens herligste – a Nordic version of Norges herligste – was aired on TVNorge in spring 2010 and ended with finals broadcast from Trøndelag, where "Samson" was awarded the title Nordens herligste. In January 2011, Ylvis returned to the stage with YLVIS 4, which was very well received in Norwegian media. The performance sold 30.000 tickets in Bergen and premiered in Oslo on 3 November at Edderkoppen Teater. The tour ended in early 2013 after playing 212 performances for more than 120 000 people all around Norway. In autumn 2011, the Ylvis brothers' talk show I kveld med Ylvis ("Tonight With Ylvis") premiered on TVNorge. The show was broadcast twice weekly and featured guests, skits and other talk show goodies. It was produced by Funkenhauser AS. In 2012 Bård and Vegard establish their own production company, Concorde TV, which now produces I kveld med Ylvis for TVNorge.